Ryo Tetsuda, also known as Four or Ishida Ryo, is a main character that appears in Season 1, 2 and 3 of Dark Matter. He is portrayed by Alex Mallari Jr.

Ryo, also known as Four or Ishida Ryo, is a loyal member of the crew. He is a stoic person and a man of very few words, but when he is up against an opponent he is fierce and relentless. He is a skilled master in regards to the blade. [2]

Episode One revealed Ryo is on the Galactic Authorities Most Wanted List for murder, assault and piracy.

Episode Four revealed Ryo's father, Emperor Ishida Tetsuya, was murdered and that Ryo is a suspect.

Episode Six revealed that Ryo had been framed for his father's murder by his stepmother.

In Episode Seven, when the android Wendy ran amok on the ship, intending to kill the crew, Ryo intervened and stopped Wendy once and for all by decapitating her with his sword which caused her body to shut down for a while until it came back online once her head was partially activated.

In Episode Eight, Ryo contacted his brother Hiro to arrange a meeting to tell him the truth of their father's death.

In Episode Nine, Ryo left the Raza to meet with his brother but instead was faced with Akita, his old teacher who had raised him when he was young. Akita was going to take him prisoner to the Principality of Zairon but the Raza crew arrived to rescue him. Ryo then killed Akita as a sign to his brother. After this meeting, he becomes quite obsessed with taking his rightful throne on Zairon. Back on board the Raza, after the crew saved him, he also declared to Two that when he does take back the throne, he will remember his real family.

In Episode Twenty-Four, Ryo decides to regain his past memories. He asks The Android to help him upload his neural imprint.

In Episode Twenty-Five, the war between Zairon and the Pyr was going bad for Ryo's people. Because of this, Ryo was able to convince Hiro that use of blink drive in their fleet would turn the tide of war. He also was able to make Hiro question his mother and realize it was Empress Katsumi who had murdered their father.

Ryo went to claim his throne from his brother, however it didn't go to plan. It was revealed that Katsumi had made a deal with the Seers in order to predict Ryo's actions, which lead to Ryo being arrested and his allies in the Zairon ranks killed.

During, Ryo's trial that convicted Ryo to death, Hiro was freed from his room by Five and he put a stop to the trial and informed them of Empress Katsumi's treason. Hiro then stepped down and Ryo became Emperor. His first decree as Emperor was 'Korose'. The enactment of the quick deaths of all those who had been involved with the past Royal Court, including Empress Katsumi, Hiro, Hansmeed, and The Seers. He then renounced the name of 'Four' and claimed himself as Emperor Ishida Ryo.

In Episode Twenty-Six, Ryo's next act as Emperor was to cause conflict with the corporations that where financially backing Pyr. He had the Council of Corporations targeted. He arrived as a new delegation, appearing as an ambassador for the autonomous worlds. Then later had their station, EOS-7 overloaded, causing many explosions, while he took off with the Raza's blink drive, with the intent to reverse engineer it and supply his fleet.

Ryo is tall with cropped, dark hair. He has dark eyes and an athletic build. He can commonly be seen wearing tight-fitting black shirts, cargo pants with multiple holsters, and combat boots. 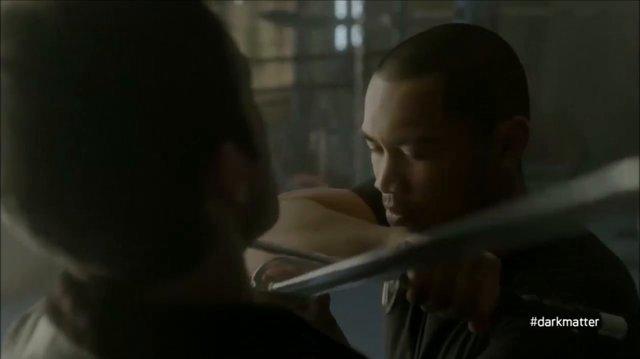 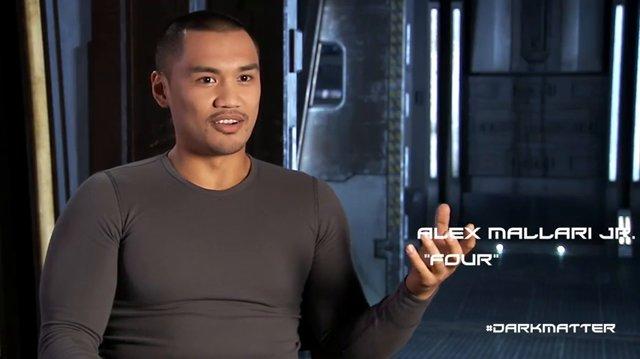