The Raza is the hero ship of Dark Matter Season 1, 2 and 3. It is the location in which the crew and the Android awoke in Episode One.

The normal crew complement of a ship of this class is unclear, however the mess hall is notably about the right size to accommodate six human crew members with little extra room to spare. The crew of the Raza emerged from their stasis with no memory of who they were, so the crew positions have largely fallen to whoever demonstrates appropriate skills for the tasks needed aboard the ship. The role of captain has defaulted to Two who has discovered that she possesses an intimate knowledge of shipboard operations. The day-to-day running of most engineering, life support, and astro-navigation functions is conducted by the ship's Android, which also serves as a mobile link to the Raza's computer. Five has useful knowledge of electrical systems, and Three is more of a guns specialist. The Raza also has handlers (Tabor and Adrian) that find them work.

Past members other roles and specialties included, Six who would pilot the Raza's shuttle, while others of the crew, (Four and Nyx), had demonstrated skills of a more martial arts nature, useful for the combat situations that the crew often found themselves in. While Devon acted as the crew's medic.

The Raza is a faster-than-light armed space transport equipped with various countermeasures such as vector thrust capable nacelles. The interiors feature a spacious bridge, a small mess hall, and private crew quarters for at least six crew members. Gravity aboard the Raza is artificially generated.

The Raza contains a Phantom class shuttle called The Marauder.

Numerous devices and other equipment have been installed on the Raza for various purposes:

The name might also be an allusion to the epistemological concept of tabula rasa, which suggest that individuals are born without built-in mental content and that therefore all knowledge comes from experience or perception. [2]

Raza is also Spanish for race or people

In Romanian, Raza means the ray or beam of light. 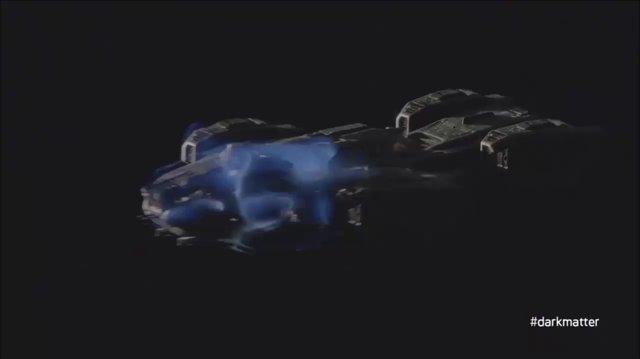 Dark Matter - Season One - The Raza 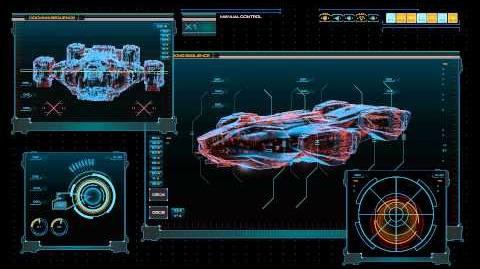