Start a Wiki
Episode 21: Stuff to Steal, People to Kill is the eighth episode of Season 2 of Dark Matter, as well as episode twenty first of the series.

A Blink Drive test goes awry, propelling the Raza to a parallel reality. [1]

The blink drive transports the Raza to an alternate universe where corporations are at war, and the alternate Raza is launching attacks as rebels. Six (Jones) is dead, Four (Ryo) is a tyrant, the crew is now Corso, Two (Lin) and Three (Boone), who have their criminal memories, with Wexler and Tash from Episode Ten. The blink drive is destroyed, so they align with Truffault of the Mikkei Combine to trick the alternate Raza crew in order to steal their working one, with Two and Three impersonating and infiltrating, the situation with the mining colony from Episode Two is repeated with different results. They retrieve the drive and return to their universe, but inadvertently bringing along the shuttle from the alternate Raza. 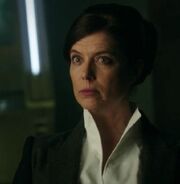 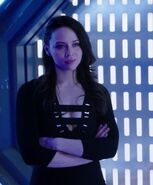 Alternate Portia Lin
Add a photo to this gallery 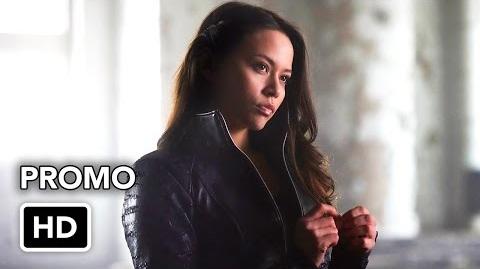 Dark Matter Episode 21 Stuff to Steal, People to Kill Promo
Add a photo to this gallery

Retrieved from "https://darkmatter.fandom.com/wiki/Episode_Twenty-One?oldid=13161"
Community content is available under CC-BY-SA unless otherwise noted.