The team's handler sends the crew on another mission to retrieve a scientists being held against his will while the crew learn that the traitor is one of their own...

Paranoia among the crew increases as members fall prey to the traitor. The crew member responsible for the mind-wipe is revealed. 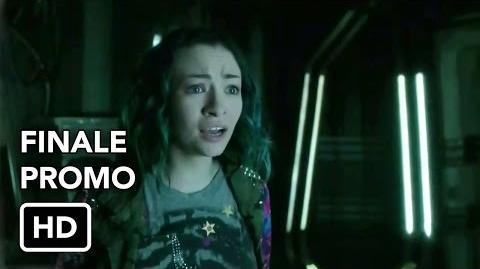 Retrieved from "https://darkmatter.fandom.com/wiki/Episode_Thirteen?oldid=10386"
Community content is available under CC-BY-SA unless otherwise noted.