The crew takes on a job stealing a device from a rival corporation, but another team of mercenaries have the same goal.

The crew are forced to team up with a group of mercenaries to steal an unknown package. The plan goes awry when the mercenaries betray them, taking the crew hostage. 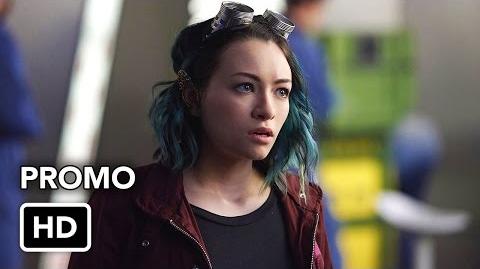 Retrieved from "https://darkmatter.fandom.com/wiki/Episode_Ten?oldid=13268"
Community content is available under CC-BY-SA unless otherwise noted.