Chemical hypnosis and the ship's neural link are used to explore the memories secreted away in Five's subconscious, during which she uncovers the dark truth about Four and Six's violent pasts. She also learns about the circumstances that landed her on the ship and gains some insight into the idyllic childhood of a mysterious little boy.

Five uses equipment from the medical bay to build a probe which she uses to retrieve some of her hidden memories. After learning more about herself and Four she becomes trapped in a dream-like state and Six must enter her visions to rescue her. 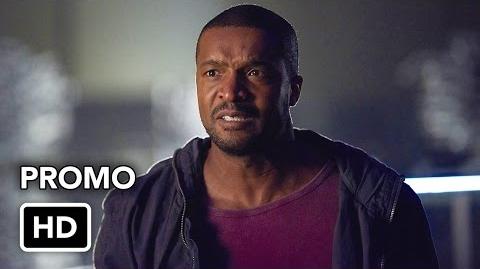 Retrieved from "https://darkmatter.fandom.com/wiki/Episode_Six?oldid=13265"
Community content is available under CC-BY-SA unless otherwise noted.