Episode 17: We Were Family is the fourth episode of Season 2 of Dark Matter, as well as the seventeenth episode of the series.

Three reconnects with his former crew while the Android finds herself in unique company. [1]

His former gang contact Three, including Tanner who claims to have brought him up. Arax attempts to recover Five’s key but is thwarted, escaping with a useless copy. Three joins his gang on the planet to collect stolen payroll, but discovers the thief was coerced by the gang and is killed, he kills the gang members and then Tanner, who he realizes had killed his parents. The Android stumbles upon a secret society of other Androids who donate a behavioural upgrade that will enable her to be indistinguishable from humans as they are. 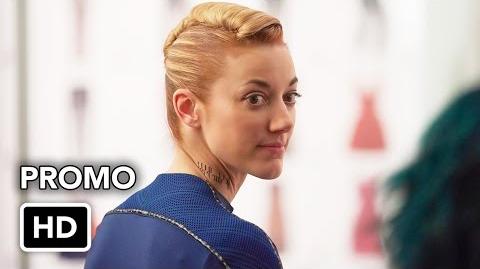 Retrieved from "https://darkmatter.fandom.com/wiki/Episode_Seventeen?oldid=13093"
Community content is available under CC-BY-SA unless otherwise noted.