The crew finally gain access to the secret room in the ship's underbelly and among the items they find inside are a sunny android and a desperately ill woman who reveals a connection to Three but things take a turn when the supposedly sunny android attempts to kill the team, forcing the team into a battle of wits as they attempt to stop the android once and for all.

The crew access the ship's secret room and find an Android named Wendy and a stasis pod holding a woman from Three's past. 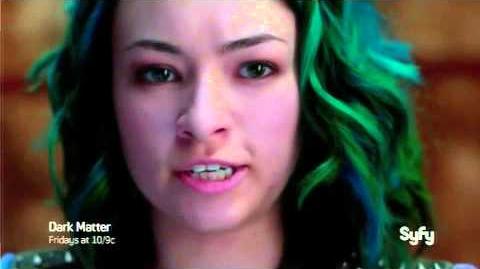