Four abandons the ship to embark on a reckless mission to reclaim his past and the crew are left wondering whether they should rescue him or let fate run its deadly course.

Four visits his brother to learn more about his father's murder but finds himself in a deadly trap. 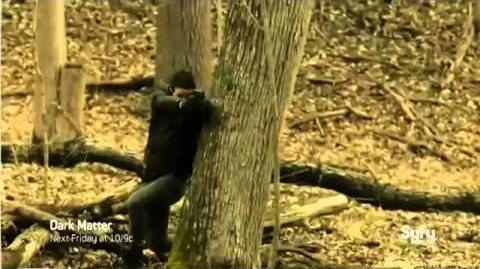 Retrieved from "https://darkmatter.fandom.com/wiki/Episode_Nine?oldid=13267"
Community content is available under CC-BY-SA unless otherwise noted.