With the team trapped and Two dead, Five must save the day. But all actions have consequences.

Wexler maintains control of the Raza holding the crew hostage inside the vault. A ship malfunction forces Wexler to seek out Five's help. 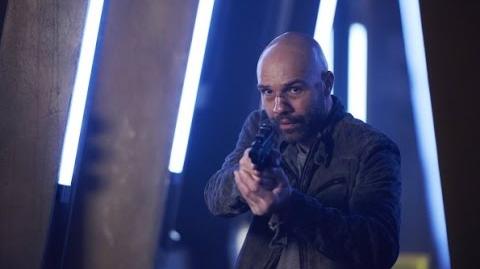 Retrieved from "https://darkmatter.fandom.com/wiki/Episode_Eleven?oldid=13269"
Community content is available under CC-BY-SA unless otherwise noted.