Crystal Tower is a location seen in Season 2 of Dark Matter.

Crystal Tower is the Headquarters for Dwarf Star Technologies. It is located on Terra Prime.

In Episode Sixteen, the Crystal Tower could be seen in Two's memory through the Neural Link. It was where she felt like she was at her lowest, and only saw the bad in people.

In Episode Seventeen, Two took a picture Five had drew of the building and took and went with Nyx Harper to Transfer Transit. They requested a tech knowledge about the building and learned that the Crystal Tower was located on Terra Prime, and that is was the HQ of Dwarf Star Technologies.

In Episode Twenty-Two, the group goes to Dwarf Star HQ to find Two new nanites as hers are failing. While at the facility they run into DST President Alexander Rook, his new prototype, as well as an Unidentified Creature.

Five's drawing
Add a photo to this gallery 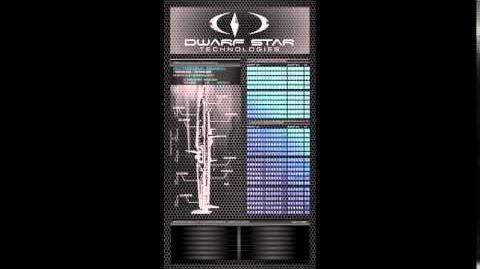 Retrieved from "https://darkmatter.fandom.com/wiki/Crystal_Tower?oldid=14281"
Community content is available under CC-BY-SA unless otherwise noted.