Anthony portrays Marcus Boone in Season 1, 2 and 3 of Dark Matter.

Anthony Lemke was born Roger Anthony Lemke and was raised in Ottawa, Ontario. He holds degees in Common Law and Civil Law from McGill University in Montreal and a degree in Theatre from the University of Waterloo. He was a former member of the Fort Henry Guard Drill Squad and is fluent in French. Anthony currently resides in Montreal with his family.

Anthony Lemke has starred in many notable movies and television series including American Psycho (2000), Lost Girl (2012) and Witches of East End (2013). In 2014-2015 he played Dan Malloy in 19-2, Tom Severson in Nouvelle Adresse and Ryan Elliott in Good Witch alongside Catherine Bell. Anthony was also cast in the role of Three, aka Marcus Boone, in Syfy series Dark Matter. 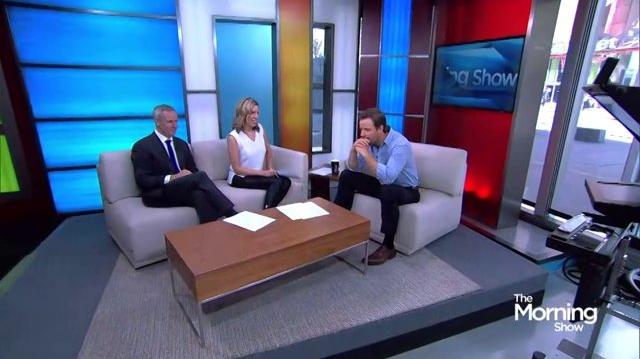 Retrieved from "https://darkmatter.fandom.com/wiki/Anthony_Lemke?oldid=13569"
Community content is available under CC-BY-SA unless otherwise noted.