Amanda Tapping is a Actress and Director best known for her role as Captain/Major/Lieutenant Colonel/Colonel Samantha Carter on the Canadian/American sci-fi shows, Stargate SG-1, Stargate: Atlantis and Stargate Universe as well as her role as Helen Magnus on Sanctuary.

Amanda is a director for Dark Matter.

Amanda was born in Rochford, Essex, England August 28th, 1965. She has a twin brother Christopher, and two other brothers Richard and Steven. She and her family moved to Canada when she was three. She married Allan Kovacs in 1994, and they have a daughter named Olivia. 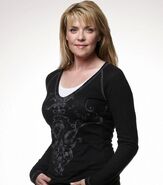 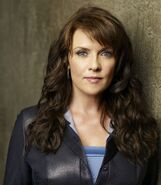 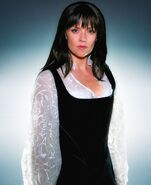 Retrieved from "https://darkmatter.fandom.com/wiki/Amanda_Tapping?oldid=14313"
Community content is available under CC-BY-SA unless otherwise noted.